JdP Manager: James Adcock is the manager of the JdP Music Building at St Hilda's College, Oxford. He organises the professional concert series alongside the many other events that take place at the venue. James oversees the planning, marketing and livestreaming of the JdP's Concert Series and, with a team of supervisors and stewards, assists with externally-promoted concerts, recording sessions, the Community & Education programmes and internal college events. He is also on hand to help students plan and run their own musical events here. Contact James

Artistic Director: Martyn Harry is The John Bennett Lecturer in Music at St Hilda's and is a contemporary classical composer specialising in instrumental music, opera and music theatre. Professor Harry oversees the JdP's artistic programming and organises a wide range of events such as the annual M@SH Marathon and various composition workshops throughout the year. M@SH is the research centre for experimental 'Music at St Hilda’s' headed up by Martyn. It presents concerts of contemporary classical music, experimental music, and electro-acoustic music as well as various interdisciplinary projects based at the JdP and maintains strong links to the Faculty of Music.

JdP Fellow: Susan Jones is Professor of English Literature and Fellow of St Hilda's College. Formerly a soloist with The Scottish Ballet, Glasgow she has published widely on Joseph Conrad, modernist literature, and the history and aesthetics of dance. Her latest book, Literature, Modernism, and Dance appeared in 2013. Professor Jones founded Dance Scholarship Oxford in 2013, based at the JdP, and has organised interdisciplinary events including a centenary celebration of The Rite of Spring and, with Professor Harry, Merce Cunningham and John Cage: Modernist Collaborations. Invited guest lecturers have included Dame Monica Mason (Royal Ballet), Alastair Macaulay (New York Times), international choreographers Wayne McGregor and Kim Brandstrup, and Siobhan Davies. In 2015, Professor Jones was Spring Fellow at NYU Center for Ballet and the Arts. As JdP Fellow, she reports on the activities of the Music Building to the Governing Body of the College.

Director of College Music: Jonathan Williams is a renowned conductor, orchestrator, composer and musicologist. As the Director of College Music at St Hilda's, he plans a wide range of student concerts, performance classes, conducting workshops and seminars at the JdP. He also curates the popular lunchtime recitals, which take place every Thursday at 1:15pm in term-time. These weekly concerts are given by members of the college, students from across the university, and professional musicians and are free and open to all. He also leads the Rameau Project, a major research venture seeking to advance our understanding of Rameau's stage works.

JdP Assistant Manager: Supports the team at the JdP with the day-to-day administration, ticketing and marketing of the professional concert series and assists with the booking and organisation of other musical and external events that take place here. He works closely with the JdP Manager, the Director of College Music and the JdP Community and Education Co-ordinator, as well as maintaining close links with the Domestic Bursar’s office, the College Lodge and the Buildings team. 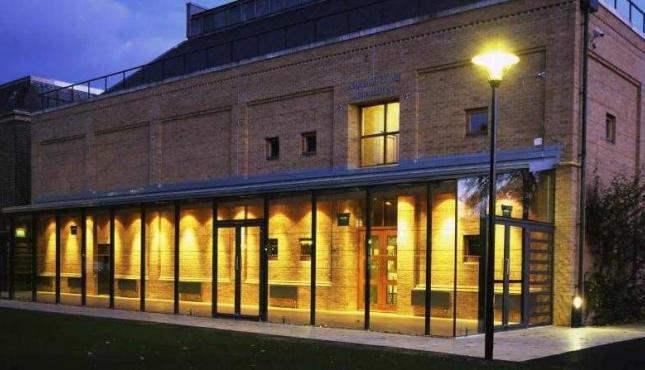 Contact Us
Find Us
College Music
Faculty of Music

"The JdP continues to explore the full range of the classical music repertoire; from the innovative and cutting-edge to the profound and deeply-felt."