Jonathan Powell (piano) presents three American greats, all musical outsiders and pioneers. Ives’ transcendental ‘Concord’ Sonata was suggested by his readings of Emerson, Hawthorne, Alcott and Thoreau, and has long been regarded as a classic of 20th-century piano literature. Ruth Seeger’s early piano preludes assimilate her interest in European composers such as Berg and Scriabin into her highly individual style, while her Study in Mixed Accents presages the rhythmic experiments of Conlon Nancarrow. Nancarrow wrote most of his music for the player piano, but during the early and late stages of his career he composed startling pieces for human performer. Powell plays all of these during this programme. ‘The stuff is fantastic... You've got to hear it. It'll kill you.’ —Frank Zappa on Nancarrow.

Having concentrated on composition during the 1990s, Jonathan Powell established an international career as a soloist after studies with Sulamita Aronovsky (and, briefly in the late 1980s, Denis Matthews). Over the last decade, solo recitals taken him to the Rachmaninoff Hall of the MGK, on a six-concert US tour, to Musica Sacra in Maastricht, the series Fundación BBVA in Bilbao, Musica Nova in Helsinki, the Festival Radio France Montpellier, Borealis Festival in Bergen, broadcasts for Radio Netherlands and Radio Deutschland Kultur, the Raritäten der Klaviermusik am Schloss vor Husum, Vredenburg Muziekcentrum in Utrecht, and the Jewish Museum and Altes Rathaus in Vienna. His recent concerto appearances include Brahms’ 2nd (Slovak Philarmonic), Liszt’s Malédiction (in Kiev), Finnissy’s 2nd Concerto (Moscow) and Sørensen’s 2nd (with the Prague Philarmonia), Rachmaninoff’s 3rd and Chopin’s 2nd (provincial Ukraine). In 2009 he gave the first of many performances of the cycle of Scriabin’s 10 sonatas in single concerts. During 2013 he toured Messiaen’s Vingt regards sur l’enfant Jésus and Albeniz’ Iberia, while in 2015 he gave numerous performances of Beethoven’s Hammerklavier sonata and Reger’s Bach Variations. Recent activities include a European tour featuring the complete piano works of Xenakis and, in 2017, Liszt’s Sonata, Stockhausen’s Klavierstücke and several performances of Sorabji’s Opus clavicembalisticum. Masterclasses, lecture-recitals and coaching have recently taken Powell to the Janáček Academy (Brno), Oxford University, the Guildhall School and Music and Drama (London), Akademie für TOnkunst (Darmstadt), Cornish College of Arts (Seattle), and Det Jyske Musikkonservatorium (Denmark). His articles on many aspects of Russian music appear in the New Grove Dictionary of Music. He lives in southern Poland. 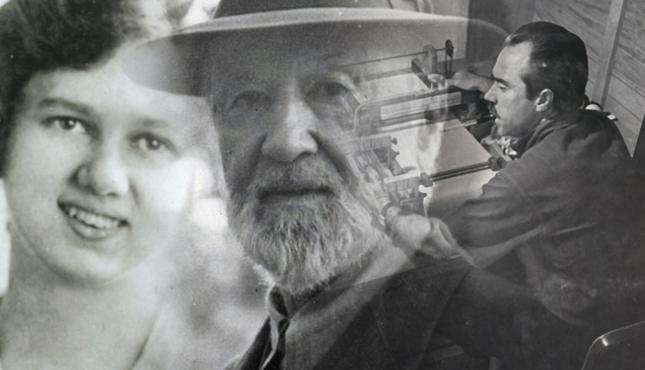