Christian Mason (b.1984) defines composition as “searching in sound for fleeting solidifications of intangible experiences”; his music, which combines an emotional aspiration to radiance with a sensitivity to natural resonance, has been commissioned, performed and broadcast internationally.

2015 saw the premieres of Open to Infinity: a Grain of Sand, co-commissioned for Pierre Boulez’s 90th birthday by Lucerne Festival and the BBC PROMS, Layers of Love recorded by Klangforum Wien and premiered in Japan by Tokyo Sinfonietta, and Sympathetic Resonance, recorded by the Orchestre National de France for broadcast on Radio France’s ‘Alla Breve’ programme. Current commissions include Lahara, a percussion sextet for the opening season of the Asian Arts Theatre in Gwangju, South Korea; Sonorous Islands for ensemble with audience participation co-produced by the London Sinfonietta, Ensemble Modern, Asko/Schönberg and Remix Ensemble as part of the ‘Connect Project’; a piece for the Münich Chamber Orchestra, a programme written for the ‘Music of Today’ series with the Philharmonia Orchestra and an opera organised by the Royal Opera House.

Awarded the Siemens Foundation Prize in 2015, Christian was previously a Resident-Composer at the Lucerne Festival Academy where his orchestral work Isolarion: Rituals of Resonance was premiered in 2013. The same year, The Years of Light was given its premiere as part of the Tanglewood Contemporary Music Festival, USA. In 2014 Unseen Seasons was commissioned by the Shizuoka Concert Hall for the Tokyo Philharmonic Chorus, while his first operatic work Reunion, part of Opera Erratica’s production Triptych was performed in London. His piece Learning Self-Modulation, for violin and piano, was performed in Paris, Fribourg, London, Amsterdam and Madrid, by Carolin Widmann and Simon Lepper, subsequently receiving a British Composer Award in 2012. Previous works have been performed by Midori, Jean-Guihen Queyras, the London Symphony and the BBC Philharmonic Orchestras, to name a few.

A Composer in Residence at Eton College in 2014/15, Christian previously worked as Composition Assistant to Sir Harrison Birtwistle, and continues to teach on the LSO Panufnik Young Composers Project. He read Music at the University of York before pursuing a Ph.D at King’s College London with George Benjamin, 2008 – 12, following which he was awarded the 2012 Mendelssohn Scholarship. Christian is the founding co- Artistic Director of the Octandre Ensemble. His works are now published by Breitkopf & Hartel.

Liveness, Hybridity and Noise is a new series of talks, concerts and workshops convened by Professor Martyn Harry focusing on experimentalism and contemporary classical music, with most events live-streamed by the JdP. Three times a term invited composers will give lectures at the JdP, St Hilda’s College on a range of topics pertaining to composition, creative collaboration and live electronics that will provide the basis for a vibrant scholarly and interdisciplinary dialogue between composers, performers, academics and audiences. 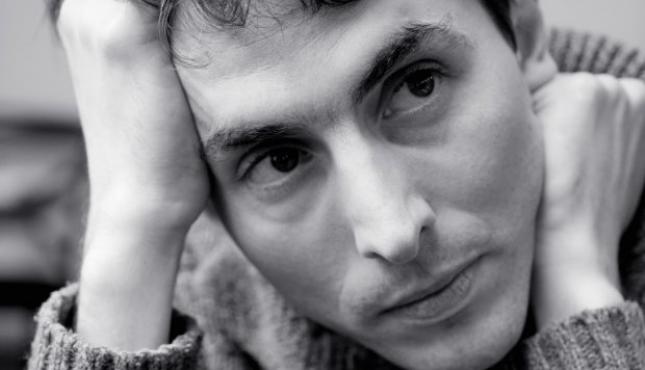