"Alldis is unique, a polished and delicate jazz pianist. He performs with such subtle precision…” Dave Gelly, The Observer
“The 'Jazz Meets Classical' concert by the Dominic Alldis Trio was fantastic. It gave me a totally new and fresh perspective on classical pieces I have been listening to for years…" David McCleery, Artistic Director, St. James' Piccadilly

The Dominic Alldis Trio explores the meeting point of two worlds: classical music and jazz. Taking inspiration from the Jacques Loussier Trio, Bill Evans Trio, Dave Brubeck Quartet and the Modern Jazz Quartet, the trio brings a fresh and contemporary approach to famous themes from classical music, opera, and folk songs. Their concerts appeal to both classical and jazz audiences who enjoy chamber music, jazz and the timeless art of improvisation.

This evening they will pay tribute to the legendary French jazz pianist Jacques Loussier, whose subtle blending of jazz and classical music led to a new musical genre called ’third stream’. Jacques Loussier sadly passed away in 2019.

Dominic Alldis
Dominic Alldis (piano) is a Steinway Artist, arranger and professor at the Royal Academy of Music.  His performing career has taken him from solo concerts at the Purcell Room in London's South Bank Centre, through chamber concerts at the Wigmore Hall to appearances at major jazz venues including the Pizza Express Jazz Club and Ronnie Scott's.  He is uniquely placed as an experienced jazz and classical performer, and many of his musical projects explore the meeting points of these two musical worlds. www.dominicalldis.com

Andrew Cleyndert
Andrew Cleyndert (double bass) has toured with bands led by many of the major figures of British and American jazz, including Bobby Wellins, Don Weller, Red Rodney, Bud Shank, Gene Harris and Annie Ross. In the early 90s he become a member of the Ronnie Scott Quartet and until his recent death was bassist in the groups of British jazz legend Stan Tracey. Andrew and Dominic have been performing together in numerous ensembles since 1985. www.triorecords.co.uk

Martin France
Martin France has played with many of the world's finest jazz musicians in over forty countries worldwide. A turning point in his early career was his role within the Eighties big band Loose Tubes, where he began a longstanding partnership with many of its members, in particular jazz composer and pianist Django Bates. Martin has performed and recorded with Elvis Costello, David Gilmour, John Taylor, Kenny Wheeler, Dave Holland and Lee Konitz. www.martinfrance.co.uk 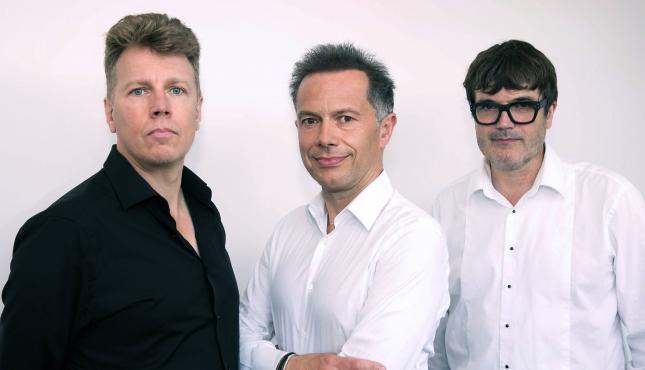