Jazz Improvisations from a “creative genius”. The British jazz pianist Gwilym Simcock has created a huge impression in recent years for his instrumental compositions that fuse improvised jazz and through-composed classical elements, as well as for his collaborations with Pat Metheny, Dave Holland, Kenny wheeler and Bill Bruford’s earthworks. Hailed as a creative genius by Chick Corea and widely-compared to Brad Mehldau and Keith Jarrett, this is a special opportunity to hear him play in recital.

Multi award winning jazz pianist and prolific composer Gwilym Simcock moves effortlessly between jazz and classical creating a sound that is very much his own.  He works with orchestras, choirs, big bands, small ensembles and musicians from all areas of music including jazz, folk, pop and classical combining through-composed elements with improvisation. Described as a pianist of ‘exceptional’, ‘brilliant’ and ‘dazzling’ ability, he is renowned for his solo performances, releasing a Barclaycard Mercury nominated solo album 'Good Days at Schloss Elmau” in 2011 which was lauded as "dazzlingly fresh", "world class", "stupendous" "phenomenal" "a cause for huge celebration".  His music is widely acclaimed as ‘engaging, exciting, often unexpected, melodically enthralling, complex yet hugely accessible', and above all 'wonderfully optimistic’.

Gwilym is often on radio and TV including as guest presenter on ‘Saturday Classics’ on BBC Radio 3, and with the finalists at the first BBC Young Jazz Musician of the Year Awards on BBC4 TV.

In 2014 he released two highly acclaimed albums on ACT “Instrumation” with the City of London Sinfonia and “Reverie at Schloss Elmau” a duo with his long time collaborator bassist Yuri Goloubev. Gwilym co-leads Anglo-American Supergroup 'The Impossible Gentlemen' (with Mike Walker, Steve Rodby and Adam Nussbaum) who were nominated as best ensemble in the 2013 Parliamentary Jazz Awards.  He is currently touring the world with US guitar legend Pat Metheny. He is Professor of Jazz Piano at his alma mater The Royal Academy of Music.

“No young musician outside the pop world has moved as fast into the upper reaches of his profession as Simcock”. Stuart Nicholson, Observer 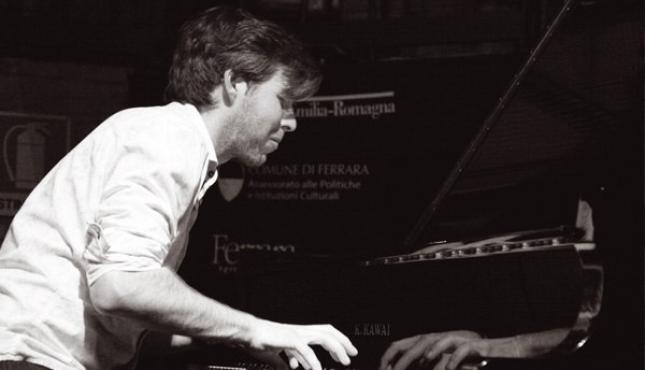