Schubert only completed two movements of his Reliquie Sonata, and yet they are among his most powerful statements for the instrument. Schumann, on the other hand, originally wrote five movements for his second sonata, but was dissuaded from publishing in this form (later settling for a four-movement version); the original, more seldom performed extended version will be heard tonight.

While Petrushka and Pictures from an Exhibition need little introduction, the music of pianist-composer Samuil Feinberg has only recently started to attract attention. A pianist renowned for his interpretations of Bach and Scriabin, Feinberg also wrote 12 piano sonatas, three concertos and much else; his second sonata dates from 1917 and is a highly condensed, elegiac work lasting a mere 7 minutes.

Jonathan Powell is a pianist and composer. After studies with Denis Matthews and Sulamita Aronovsky, he established an international career as a soloist, his programmes ranging from standard Classical and Romantic repertoire to contemporary and little-known 20th century works. He has performed widely in Europe, as well as in Russia and the US; he has also appeared on national radio of many countries and recorded about 20 CDs.

Special ticket offers are available for our JdP Music Circle Friends and Patrons for this concert. 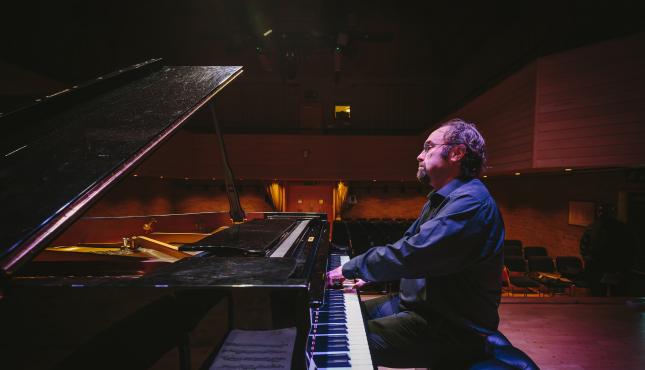