A new collaboration between the Joshua Jaswon Octet and SciPo, setting poems from the SciPo trilogy of poetry anthologies to musical compositions for octet. The Joshua Jaswon Octet is a Berlin-based contemporary jazz ensemble whose debut album, Silent Sea, was selected by BBC Music as one of the best jazz recordings of 2020/21. SciPo explores the creative common ground between science and poetry, and was established at St Hilda's College in 2015.

The concert at the JdP Music Building will be the UK premier of these newly recorded works. The performance will also include readings of the selected poems by poets Carrie Etter, Catherine Faulds, Claire Cox, and Elsa Hammond; and a moderated Q&A.

Presented in association with SciPo.

All ticket purchases include one drink from the bar and one programme. Please present your ticket at the venue to claim this offer. 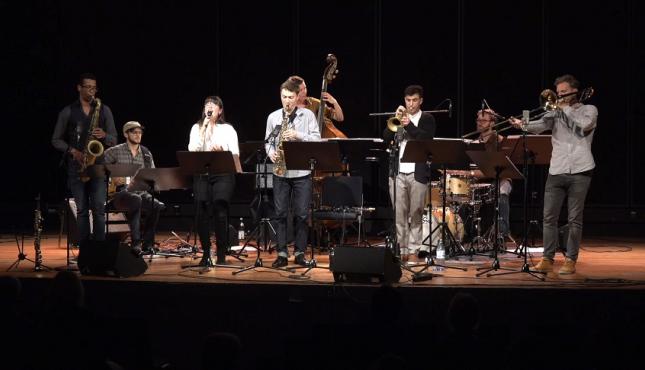