Arriving in America at the age of five after having spent his early years in Siberia, Irving Berlin quickly rose to become one of the most celebrated songwriters working in Tin Pan Alley and on Broadway. His most famous hits include ‘Cheek to Cheek’, ‘White Christmas’, ‘There’s no Business like Show Business’ and ‘God Bless America’, while his earliest advocates included The Andrews Sisters, Al Jolson, Fred Astaire, Louis Armstrong and Frank Sinatra. In this cabaret-style performance featuring many of Berlin’s greatest songs, Simon Wallfisch and Caroline Kennedy play fictional New York octogenarians Harry and Annie who have just attended the composer’s 100th Birthday concert at Carnegie Hall in 1988. As they sit in Carnegie Deli enjoying a post-concert drink, their reflections on Irving Berlin’s life open old wounds and offer a chance for reconciliation. 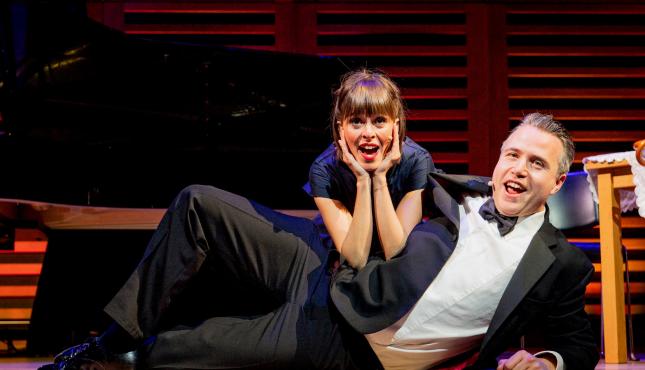