The 2019-2020 season marks the start of an exciting new development for the JdP – the Villiers Quartet is to become its first ensemble-in-residence, to be held jointly with the Oxford Mathematical Institute. The Villiers is renowned not only for its marvelously warm sound and insightful performances of classical repertoire, but for its advocacy of British 20th Century music. During its residency the Quartet will play two concerts a year at the JdP as well as a summer concert at the Andrew Wiles Building; their artistic plans include recording the complete quartets of Elizabeth Maconchy at the JdP. Two other undoubted highlights are the Steven Isserlis / Stephen Hough Brahms concert on Saturday 30th December as well as “La Conversation”, the leap year concert presented by lutenist and theorbo player Elizabeth Kenny, who is St Hilda’s College’s Senior Research Fellow. Jonathan Powell is presenting three concerts of 19th and 20th century Russian music with the extraordinary Estonian mezzo-soprano, Iris Oja, joining him in the third concert for a programme of songs by Musorgsky and Rachmaninoff.

The JdP continues to provide an exciting conduit for research at all levels of St Hilda’s College with a particular emphasis on dance, contemporary music and opera. Dansox continues its innovative work on world-leading choreographers with the Richard Alston event on 21st January 2020, and introduces for the first time a course for young composers and choreographers led by Joelle Pappas and Joseph Kay. 2020 is also the year of the first-ever EXPO new music mini-festival, focusing on ecology and climate studies. In November the JdP will host the latest project from Oxford Contemporary Opera Society, provisionally entitled “Current Status: Under Construction”. Finally, a special message of thanks to the JdP’s manager, Joel Baldwin, who is leaving after five years in order to move with his family to Wales. Joel was the driving force behind the LiveStreaming service and the pantomimes for young children, such as “Winnie and Wilbur” which ran for sixteen sold-out performances last Christmas; we wish him well.
(Martyn Harry, Artistic Director)

Tickets are now available to book online. Look out for one of our brochures around Oxford or download a copy from our website!

It is going to be an exciting season and we look forward to seeing you here! 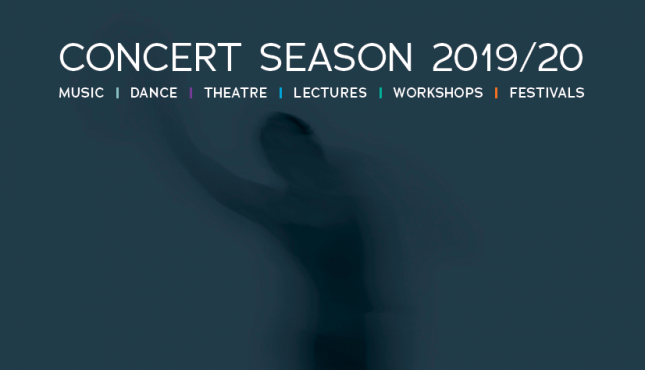