Bernard d’Ascoli in Concert at the JdP

In the penultimate concert of the 2015-16 Series, the virtuosic French pianist Bernard d’Ascoli returned to the JdP Music Building to give an outstanding recital of ballades by Brahms, Liszt and Chopin.

D’Ascoli was born in the south of France and began learning piano and organ at the age of eleven. After just eight years, he would go on to win prizes at several piano competitions across Europe. His career as a soloist involves performances with several British and overseas ensembles including the Chamber Orchestra of Europe. He gives recitals regularly at the JdP, and is best known for his ‘exquisite and deeply-felt performances of the Romantic repertoire’.

In this performance, d’Ascoli chose to interweave the Chopin ballades with contrasting ballades by Brahms and Liszt. The concert was recorded live and, as of this week, highlights from the concert have been made available to view online.

Brahms’s 4 Ballades were written in 1854 when the composer himself had only just turned twenty-one. These works have more of an emphasis on narrative than other works that had been written in this form, a sign of the influence of Robert and Clara Schumann who were very important figures in Brahms’s life.

In 1853 Liszt composed his second and final ballade for piano, several years before he would create the ‘New German School’ movement. Unlike the other works performed in this recital, the composer did not state any specific inspiration for this stormy work. Nonetheless, there are occasional motifs within this piece that, as is noted in the programme written by Corrina Connor, are recognisably similar to those heard in the magnificent Tristan and Isolde by fellow composer Wagner.

Chopin’s final Ballade in F minor was written in 1842 and dedicated to his patron Baroness Charlotte de Rothschild. Robert Schumann believed that the work was inspired by the poem The Three Budrys by Adam Mickiewicz. The pianist John Ogden noted that the piece is ‘the most exalted, intense and sublimely powerful of all Chopin’s compositions’.

D’Ascoli’s exceptional performance of these challenging works was rewarded by an enthusiastic round of applause from the audience, after which he performed Chopin’s Waltz in C# minor as one of two encore pieces.

These recordings are just a taster of what is to come with our new Live-streaming service, which will enable our performances to be streamed all across the world. Our first concert of the season features the pianist Jonathan Powell, another regular performer at the JdP, in a recital of Xenakis’s piano works among other contemporary piano pieces on Saturday 29 October at 7:30pm. 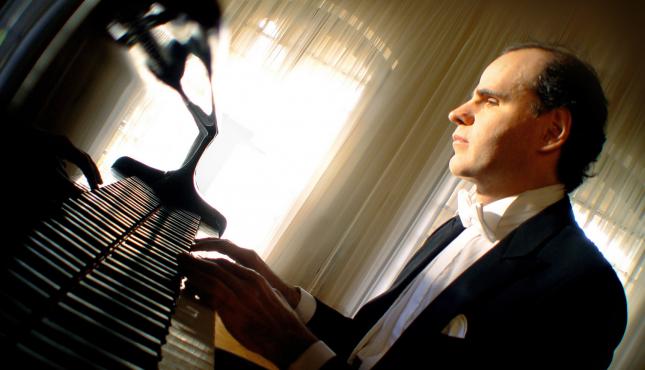